Dawn Dison Lee formerly served as the Director of CASA, Court Appointed Special Advocates of Jefferson County, another agency helping children. She has also worked with Dismas House, Jewish Hospital Foundation, University of Louisville Cardinal Athletic Fund, and has served as President of the Kentucky–Southeast Indiana Multiple Scierosis Society. She has a Masters of Business Administration degree from the University of Louisville, and has a daughter, Kelsey age 20, and a son Jake, age 13.

According to Dawn Dison Lee, “this is a dream job with a long standing and very well respected charity in the Community, who has a prestigious history and legacy at serving children with special needs. I am very proud to follow in the footsteps of Rebecca Jackson, and the legacy of such past leaders as Phyllis Knight and Bud Harbsmeier.”

According to Paul Barth, Chairman of the Board of the Crusade for Children, “Dawn Dison Lee has a passion for helping children, and this passion along with her strong business, leadership, and fund raising skills, will help to build upon all of the great accomplishments and goals established by former CEO Rebecca Jackson, to insure that the legacy of the Crusade for Children continues on into the future, and will continue to be a vital entity helping children with special needs for many years to come”.

Rebecca Jackson, former Chief Executive Officer of the WHAS Crusade for Children, retired from the position at the end of 2008, but has been serving as interim CEO until her replacement was named. Rebecca Jackson has served as CEO since May 31, 2005. 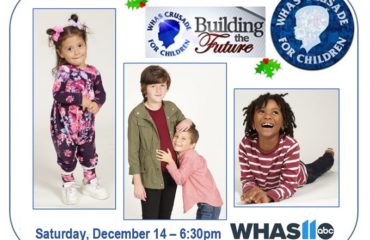