Louisville hosted the Ryder Cup last September and the event is still paying dividends for Kentuckiana.  It has resulted in one of the largest contributions ever to the WHAS Crusade for Children for a one-day event.

The money that the Crusade received was raised through the Ryder Cup Captains’ Challenge, an event that allowed local golfers to play a round with former Ryder Cup Captains.  It was played September 17, 2008 at Louisville’s Hurstbourne Country Club.

“We really like the Crusade for Children because it’s such a reputable group in town and they help so many different organizations.  We felt like giving the money to them would help us make a big impact across our community,” said Guenthner.

WHAS Crusade for Children President & CEO Dawn Lee said, “We’re grateful for the PGA, the captains and golfers who made the event so successful.”

With the success of the Captains’ Challenge the PGA is looking at doing similar charitable events at other tour venues. 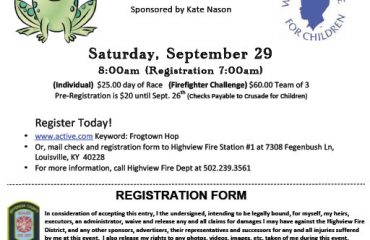