At its annual meeting in Jacksonville, Florida the Southern Association of Student Financial Aid Administrators of SASFAA raised more than four thousand dollars for the WHAS Crusade for Children. Spearheaded by Bellarmine Director of Financial Aid, Heather Boutell, SASFAA members tossed checks and cash into the firefighters boot outside of general session meetings.

Members also bought tickets to several raffles and donated and bid on silent auction items to raise this amazing total. Heather’s inspiration for this effort is her son, Jonah. Jonah was helped by Crusade funding after he was hit by a car in a school crosswalk, sustaining major injuries. At the time Jonah was five. He’s now fifteen and completely recovered from his injuries. Many of those who donated to this Crusade fundraising effort did so in Jonah’s honor. 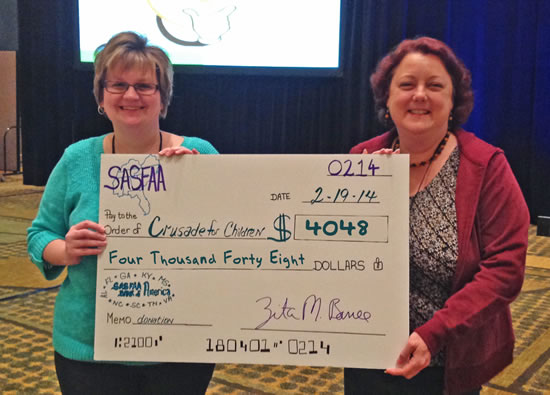 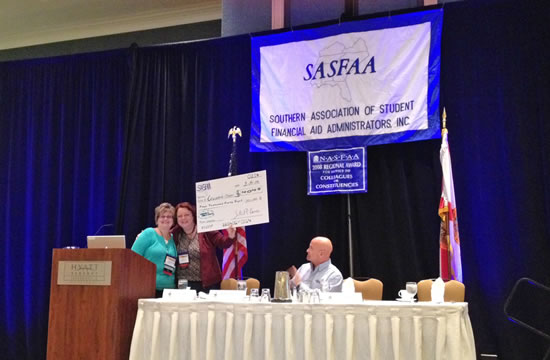 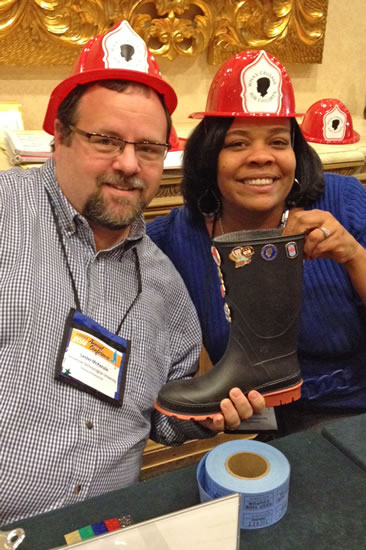 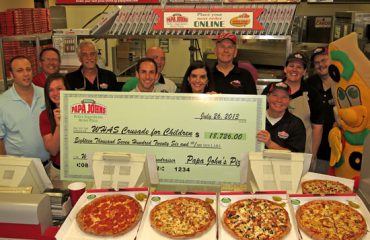 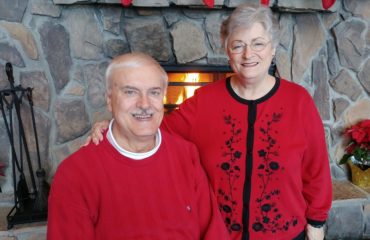