Crusade 63 is ON THE AIR

Crusade 63 is ON THE AIR

Children’s Calendar votes are being tallied

The voting deadline has passed for the Crusade Children’s Calendar! Be sure to watch and see who the “Cover Child” is Sunday morning June 5 at 8:00am during the 63rd annual WHAS Crusade for Children.

Join the Crusade on social media

Louisville’s own Teddy Abrams will set the tempo and kick off an upbeat weekend for the 63rd Annual WHAS Crusade for Children. The Teddy Abrams Jazz Band will perform at the Crusade Variety Show on Saturday, June 4, 2016.

Show time is 7:00pm (EDT) at the Kentucky Center for the Arts Bomhard Theater in Louisville. Admission is FREE! Seating is limited.

“Teddy Abrams is such a versatile and talented musician,” said Dawn Lee, President & CEO of the WHAS Crusade for Children. “We are delighted that the Teddy Abrams Jazz Band is going to kick off Crusade weekend, and help us improve the futures of children with special needs in Kentucky and southern Indiana. This is a great example of Teddy’s compassion for the city and how he uses music to serve this community.”
The WHAS Crusade for Children begins at 1:00pm on Saturday, June 4 with fire departments, civic groups, organizations and companies reporting donations. The Crusade concludes at 7:00pm on Sunday, June 5.

In addition, ION21 WBNA-TV in Louisville airs live broadcasts 12:30pm to 6:30pm Sunday, June 5 from the Kentucky cities of Elizabethtown, Shelbyville and Bardstown. WBKO-TV in Bowling Green airs remote telecasts from Campbellsville on Saturday and Leitchfield on Sunday.

Get to know Teddy Abrams

From 2008 to 2011 Abrams was the Conducting Fellow and Assistant Conductor of the New World Symphony (NWS) and conducted many performances, including subscription concerts and numerous other full and chamber orchestra events. Abrams has conducted the NWS in Miami Beach, Washington, D.C. and at Carnegie Hall, and recently returned to conduct the NWS on subscription with Joshua Bell as soloist.

Dedicated to exploring new and engaging ways to communicate with a diverse range of audiences, Abrams co-founded the Sixth Floor Trio in 2008. The Trio has performed around the country, establishing residencies in communities in North Carolina, Philadelphia, New York and South Florida; Abrams and the Trio founded and direct Garden Music, the music festival of the world-renowned Fairchild Tropical Garden in Miami. Abrams collaborated (as an arranger and pianist) with Cleveland Orchestra principal trombonist Massimo La Rosa for La Rosa’s debut CD, released in October 2010.

Teddy’s 2015-2016 season includes debuts with the Houston, Phoenix and Edmonton Symphonies, and a return to the San Francisco Symphony. Recent guest conducting highlights include engagements with the Los Angeles Philharmonic, Indianapolis Symphony, Florida Orchestra, Jacksonville Symphony, and Louisiana and New Mexico Philharmonics. He also served as Assistant Conductor of the Detroit Symphony from 2012-2014.

It takes a cast of thousands to stage the annual miracle. From individual donors dropping pocket change into boots at firefighter road blocks to children with lemonade stands to corporations offering payroll deduction, it all comes together each year on the first weekend in June.

To make a donation

Tax-deductible contributions can be made year-round securely online on www.WHASCrusade.org or by mail:
WHAS Crusade for Children
520 W. Chestnut St.
Louisville, KY 40202

The WHAS Crusade for Children, established by WHAS-TV in 1954, raises money for agencies, hospitals and schools that make life better for children with special needs. In its first 62 years, the Crusade has raised $165 million. Thanks to generous contributions of goods and services, the Crusade returns 100% of all donations to organizations in all 120 Kentucky counties and more than 50 counties in southern Indiana. Fire departments raise nearly 60 percent of the money each year by staging road blocks and hosting other events. Millions of children have been helped by the Crusade since 1954. The WHAS Crusade for Children, Inc. is a 501(c)(3) public charity. Gifts are tax-deductible as permitted by law.

Events Countdown to the Crusade!

For more info about the Barnyard Dash, just click here.

Many winners from Crusade 58 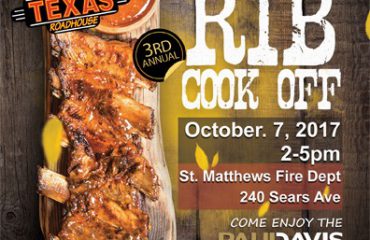