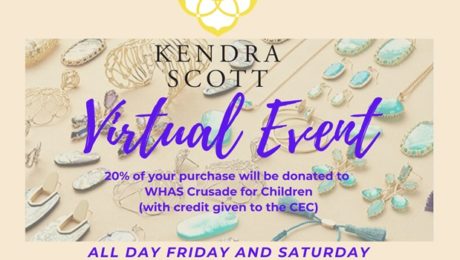 Plan ahead for Mother’s Day, Derby, “just because” by shopping the Kendra Scott virtual event, benefiting the Crusade Engagement Council and the WHAS Crusade for Children. 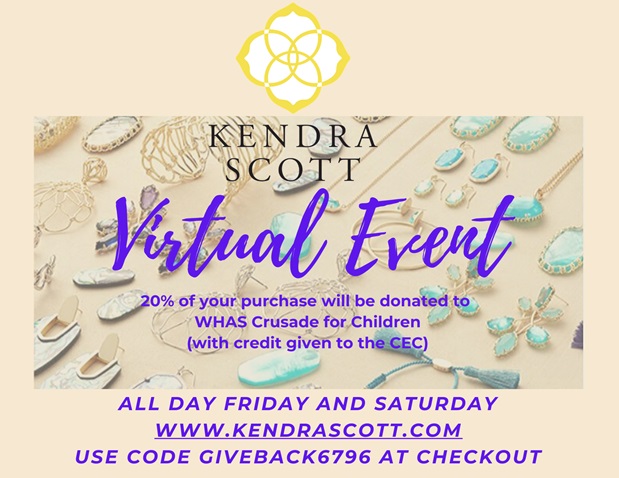 Recognizing those who help children with special needs

There are so many ways to make a difference and so many people who help the WHAS Crusade for Children. Please meet just a few.

Barbie Meyer, continues to help children with special needs by remembering the WHAS Crusade for Children in her bequest.

The WHAS Crusade for Children 1954 Society 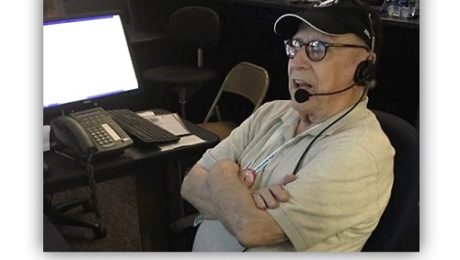 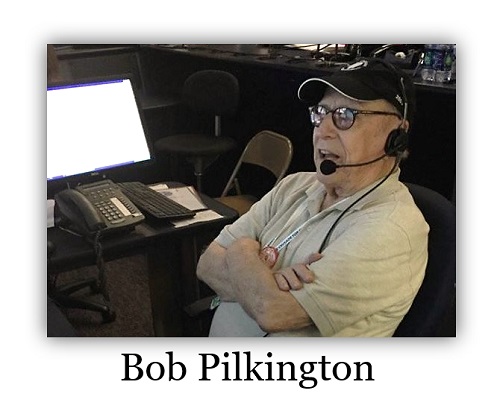 Longtime producer, director, and writer at WHAS-TV, Bob Pilkington passed away on March 4. He participated in the WHAS Crusade for Children from the very first year in 1954 until last year – that’s 66 in a row. He was the last survivor who had a part in every Crusade for Children telethon.

Ted, Bob and Milton appeared annually on the Crusade telethon for more than 60 years. Ted passed away in 2015 and Milton in 2017.

And we recently received this from Bob’s son:
“He also did “Small Talk,” “Randy & Lolita” (the talking parrot, a cartoon show), covered races at Churchill Downs, specials, and special events. Then Louisville Productions…Those earlier shows haven’t got much mention…
Thanks for the great article, we really appreciate how the station has remembered him.” 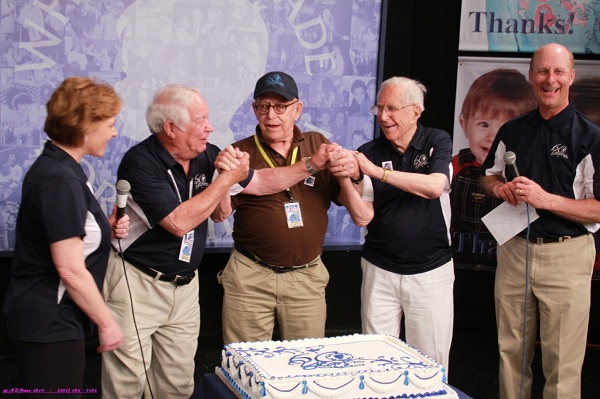 See this video from the 60th annual WHAS Crusade for Children on the Crusade’s Facebook page, just click here.

Here’s his obituary as published in the Courier-Journal:

He served in the infantry in World War II, fought in the Battle of the Bulge, was a POW, and was awarded the Purple Heart. His career as a producer, director, and writer at WHAS-TV began in 1951, retiring from there in 1989. Notable credits include: weekly television shows such as Hayloft Hoedown and T-Bar-V Ranch; numerous local and regional documentaries; and 66 years of volunteer work with the WHAS Crusade for Children. He was an avid volunteer at Historic Locust Grove and Reading for the Blind. Memorial service will be held at 4 p.m. on Friday, March 13, 2020 at St. John Lutheran Church, 901 Breckenridge Lane. Visitation will be Thursday, March 12 from 5-8 p.m. at Pearson’s, 149 Breckenridge Ln. and Friday from 3-4 p.m. at the church. As a memorial, the family would appreciate donations to WHAS Crusade for Children or the Alzheimer’s Association.

Here’s the story as it appeared on WHASCrusade.org in 2007.

One of the original Crusaders, veteran WHAS-TV producer-director Bob Pilkington was honored with the WHAS Crusade for Children Buddy Award. The “Buddy” is given annually to someone who goes above and beyond in supporting the Crusade. It’s named in honor of longtime Crusade Executive Director Bud Harsbmeier.

Bob Pilkington is what one would call a TV pioneer. Working at WHAS-TV in the 1950’s and 60’s, he produced daily live TV shows. Writing content like comedy sketches from scratch each and every day. He directed legendary WHAS-TV shows “T-Bar-V” and “Hayloft Hoedown.” This was in the day when all TV was LIVE without the benefit of editing to correct a miscue.

“Pilk,” as his pals call him, is one of only four people who have participated in all 54 annual WHAS Crusade for Children telethons. And he worked on the two Cerebral Palsy telethons, the granddaddy of the Crusade, that aired on WHAS-TV in 1952 and 1953. The Crusade was born in 1954. The other three original Crusaders are Milton Metz, Ted Throckmorton and Dave Dumeyer, Sr.

Even during this year’s Crusade, Pilk did his usual shift as he’s done for years. Strapping on a headest and telling camera operators what shots to get, he directed the live broadcast in Studio G Control for a 3-hour shift.

When presented the “Buddy” by Crusade CEO Rebecca Jackson and award namesake Bud Harbsmeier, he was speechless. With his signature dry wit, he said, “I’m just getting back at all the people who did that to me!” Meaning those people who wouldn’t say much when interviewed in Bob’s day.

But later, he said, “I’m very grateful for the honor and the recognition.” Congratulations Pilk!

Blast from the past: 1969 WHAS Crusade for Children

This is a fun blast from the past. The Mansfield Confection performed “Proud Mary” on the 1969 WHAS Crusade for Children telethon. This band from New Albany, IN, competed against approximately 50 bands in the Crusade Combo Contest and won the spot to perform live on the telethon.

According to studies at the Centers for Disease Control, one in nine babies in Kentucky is born prematurely, which can lead to a host of medical issues. The Anderson family faced the challenge of their son Austin’s premature birth. But they found timely help thanks to Owensboro Health Regional Hospital and the WHAS Crusade for Children.

Since 2014, Owensboro Health Regional Hospital has received $177,000 in Crusade grants. Those funds have given families confidence that there is healthcare available to allow premature babies like Austin to get a proper start in life.

Since 1995, Adair County Schools have received more than one million dollars in Crusade grants. Those funds have given students like Matthew a way to satisfy their curiosity and build their futures.

Student gets help from Crusade funding at his school 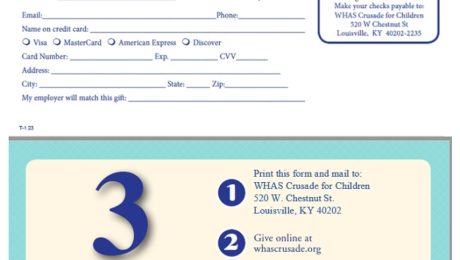 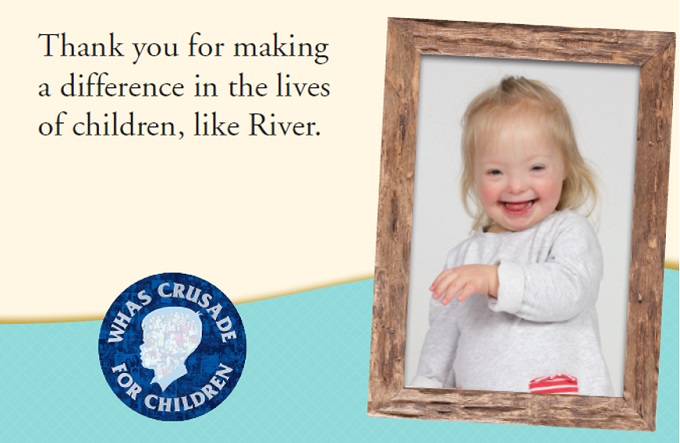 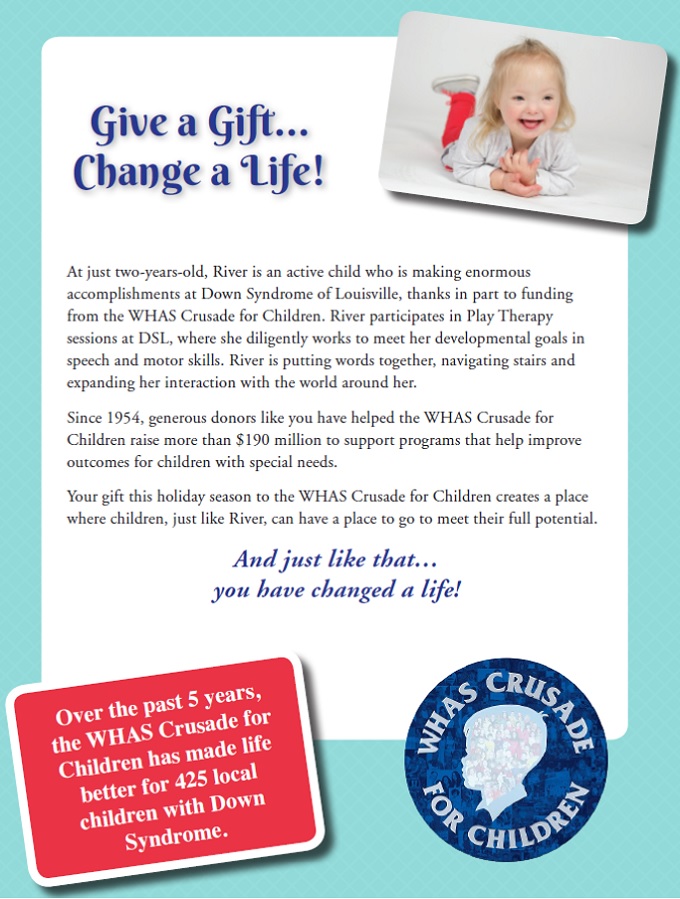 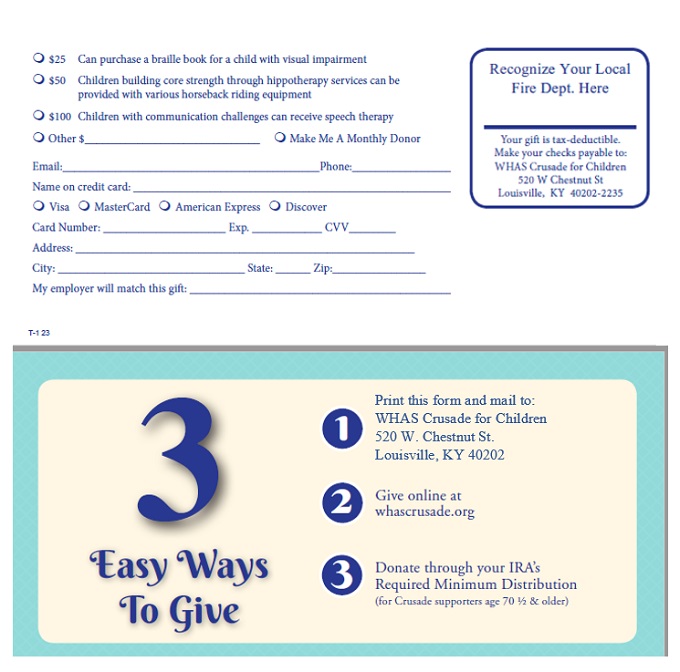 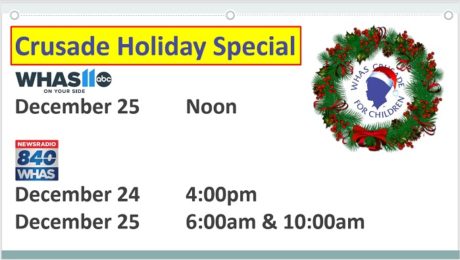 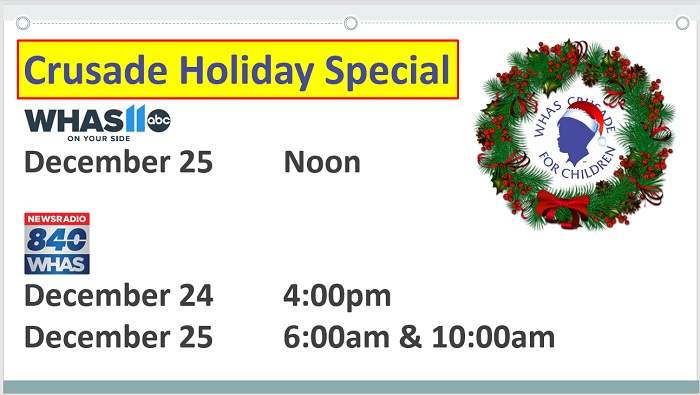