Please read this article from the Courier-Journal.

A special telethon for the WHAS Crusade for Children had raised $42,146 as of early Tuesday, Crusade president and chief executive officer Dawn Lee said.

“We felt it (the telethon) went really well, especially for the first one” specifically for the Crusade’s endowment fund, Lee said.

She said more pledges are expected before the books are closed on the telethon.

The on-air telethon was 6 to 8 p.m. Saturday. It was broadcast live by WHAS-11 television, with radio personality Terry Meiners and news anchor Melissa Swan as co-hosts.

It was the Crusade’s first telethon that was not conducted as a weekend-long fund-raiser in early June. The 56 annual fund drives have raised $133 million to provide services for disabled and special-needs children in Kentuckiana.

The Crusade has about $5.2 million in an invested endowment fund that was started in 2003. The eventual goal is to raise that sum to perhaps $15 million in five or so years. Lee said the invested endowment is intended to generate money that the Crusade can use to ensure its continued independent operation, or income that could be available for additional charitable grants.

Most of the endowment funds have been built up by bequests, with the rest coming from the sale of a Crusade book, a baby calendar and commemorative sidewalk bricks around the Crusade office at Sixth and Chestnut streets.

Photos from Building the Future

Here are some behind the scenes photos from the Crusade’s Building the Future special. Read more about how you can help below!


Watch a behind the scenes video of Building the Future

We took our Crusade cameras “behind the curtain” to catch a glimpse as the WHAS Crusade for Children TV/radio special “Building the Future” aired on December 12, 2009.

The Crusade Endowment fully funds the Crusade’s future and that’s what this program is all about. It’s hosted by WHAS11’s Melissa Swan and 84WHAS radio’s Terry Meiners.

You can still get involved!

Get a tax deduction!

Remember 2009 is almost over. It’s a great time to get a year-end tax deduction.

The Crusade Endowment fully funds the Crusade’s future. The Endowment allows the Crusade to continute granting 100% of donations collected on Crusade weekend. The Endowment guarantees that children with special needs will be helped for decades to come. It’s so simple, a kid can explain it. Watch!

The WHAS Crusade for Children, established in 1954 by WHAS-TV, raises money for agencies, schools and hospitals to make life better for children with special needs.

Since 1954, the Crusade has raised more than $133 million, giving critical assistance to an estimated three million children in 120 Kentucky and 50 Southern Indiana counties.

The Crusade returns 100% of each donation to agencies that directly improve the lives of children with special needs.

It guarantees that 100% of the Crusade’s annual telethon collections continue to go directly to agencies that help children with special needs.

It ensures that millions more children will be helped for decades to come.

Beyond your annual contribution, the Crusade needs your Endowment donation now. To change a child’s life forever, support the WHAS Crusade Endowment.

You can donate NOW!

Click here to make a donation anytime to the WHAS Crusade for Children securely online.

Santa calls you and helps Crusade!

NorthPoleCallsYou.com is donating $1.00 to the Crusade for every call made. Learn more by clicking on the logo below.

Saturday, December 19th, Lazer Blaze will be celebrating 15 years of serving the Louisville area. Starting at 12:00 noon, all revenues for 150 minutes (noon until 2:30pm) will be donated to the WHAS Crusade for Children. For more information, click here. 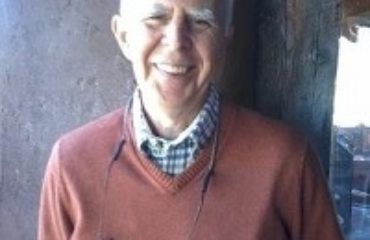