Longtime Crusade for Children fire department coordinator Mike Hulsey is now in his 40th year of helping make life better for children with special needs. Here’s a great article from The News Enterprise in Hardin County about Mike and this year’s Crusade efforts in Hardin County. THANKS MIKE for your continuous support!

The 2010 WHAS Crusade for Children drive in Elizabethtown was marked by the absence of longtime Ky. 86 Fire Chief Louis Crosier.

As cash from 15 area fire departments poured into a garage at Elizabethtown Community and Technical College’s firefighter school Sunday afternoon, Hulsey horsed around behind the scenes with a smiling and inquisitive granddaughter, pleased with Sunday’s bustle.

Aside from their intimate discussion about the workings of a mechanical pencil, it was a scene that’s played out for Hulsey many times before.

After all, during the past 40 years of Crusade duty, Hulsey has grandfathered 13 other happy and inquisitive little ones.

The event itself has evolved over the years, too.

Greensburg is one city fire department which has dropped Crusade collections off in Elizabethtown the first Sunday in June for a long time, Hulsey said.

Firefighters from Upton, Glendale and White Mills also have been collecting with Elizabethtown “from the beginning,” Hulsey said.

Coming from departments chartered decades ago and more recently, firefighters, their spouses and their children gathered at the firefighter’s school Sunday afternoon for the annual drive.

The event certainly is one for firefighting families — especially their children.

The recognizable sound of bagged change jingling throughout the large garage provided an audio backdrop for Sunday’s collection.

From in front of the garage’s large bay door, representatives from each of 15 fire departments delivered their harvests live on WHAS television.

Overall, Hulsey said this year’s local donations will be about even with last year’s.

Saying he worried that reports of disappearing money from Louisville-area departments might scare off local contributors, Hulsey said he was relieved that thought didn’t bloom into reality in the Hardin County area.

The WHAS Crusade for Children provides help to families, nonprofit groups, hospitals and others who work with children who need special medical devices and services.

Money collected returns to each county from which it was generated, according to WHAS Crusade for Children.

Who gave what? It’s all listed here

Your Crusade donations at work 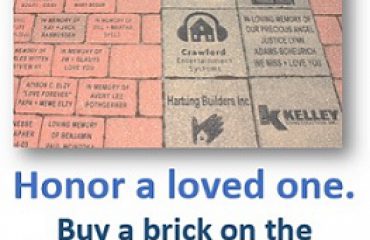 Honor a loved one on the Walk of Fame