For their fundraising efforts, Dawn presented Chief Gary Lucas and his firefighters with the Walton Trophy. Chief Lucas says he’s proud of his community for giving so much during tough economic times.

About the Walton Memorial Trophy

The Walton Memorial Trophy is named in memory of “Mr. Crusade,” Jim Walton who was host and MC of the WHAS Crusade for Children from the very first Crusade in 1954 until 1979. These awards are for 2010 not 2011. 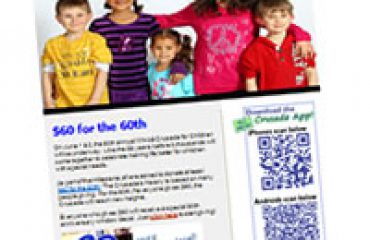