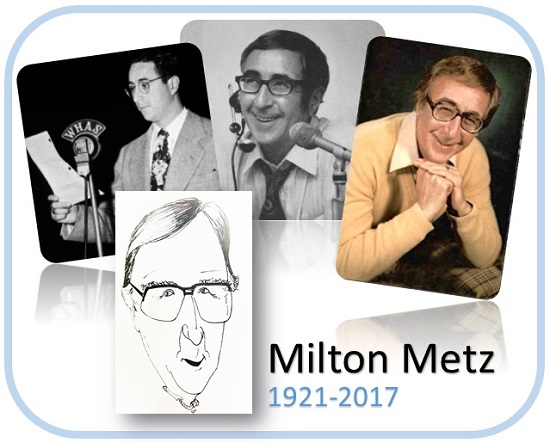 LOUISVILLE, Ky. (WHAS11) — He was a fixture on the WHAS Crusade for Children from its beginnings in 1954.

It is with great sadness that we report the death of WHAS-TV and Radio legend, Milton Metz. He died peacefully in Louisville at the age of 95.

Milton became one of this area’s most recognized personalities, first heard on WHAS Radio in 1946. He helped put WHAS-TV on the air. In fact, he was one of the first faces you saw on WHAS-TV in 1950.

Milton just celebrated his 95th birthday in September in rehab. The WHAS Crusade for Children staff brought him a cake. More than 300 viewers mailed get well cards to him after he had fallen and broken his shoulder in the summer and was in recovery last August. He loved every card and letter, and along the way, he always said he was getting wonderful care.

His trailblazing nighttime radio show called “Metz Here” was one of the first nighttime talk shows in the United States. It ran from 1959 to 1993.

He also hosted “Omelet” on WHAS-TV, an interview program that aired before the Noon News on WHAS-TV. He picked Faith Lyles as his co-host.

He came to Louisville from Columbus, Ohio and married his beloved wife Mimi whom he met in Louisville. She died last April. He is survived by his son Perry Metz.

Funeral arrangements are pending through the Herman Meyer Funeral Home.

Watch Milton on the 10th annual WHAS Crusade for Children opening in 1963.

Watch Milton’s appearance on the 63rd annual WHAS Crusade for Children in 2016.

Watch a reflection of Milton’s career and life captured by WHAS11 news. 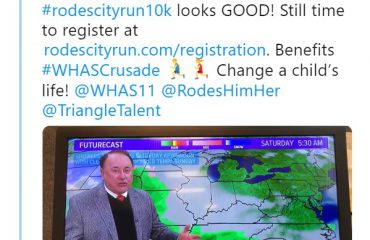